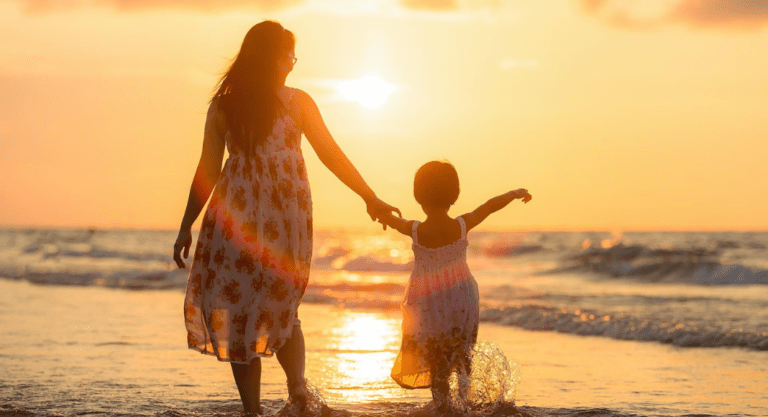 How KOM Reminded Me that Parenting is Letting Go

My daughter sings, “I will go,” in Spanish, then English. She stands in our back porch with her head lifted, eyes serious. It’s a song she learned through Kids on Mission’s (KOM’s) summer program. (Listen here: “Yo iré, yo iré”)

As she sings the words to the song, the burden of parenthood strikes me. When she grows into a young woman, what if God asks her to go somewhere in the world far away from me? Will I have the courage to say, “Yes, go!”

This summer, my daughter participated in Kids on Mission’s Spanish immersion summer camp. The summer’s theme was missions. Students dove into what a missionary is and who can be a missionary. (One of the phrases students learned was “Soy un misionero” or “I am a missionary.” Meaning that there is no age requirement for the Great Commission. See Matthew 28:19-20.) They also learned about the language, culture, and traditions of people groups worldwide who have not heard the good news of Jesus.

My daughter loves her KOM class. She loves being in a class with other kids her age, playing games and learning Spanish through immersion. She loves her teacher, Maestra Violeta, who is always interested in anything my daughter shows her through the screen. She loves looking over each week’s powerpoints and singing along with the recommended YouTube songs. But as her mom, I wonder how learning Spanish will impact my daughter’s future.

Learning Spanish may look great on my daughter’s resume someday. Perhaps it will help her get into the college of her dreams. There are many advantages to being bilingual.

But what if those advantages take her away from me?

Parents want the best for their kids.

It’s only natural for parents to want the best for their children and their future education, job, and life. Isn’t that why we expend all this time, energy, and effort on our kids? And yet, parenting is all about letting go.

We let go of their little hands as they take their first steps. Wave as they start kindergarten. And I don’t even want to think about when it’s time to send them off to college.

But as I think about my daughter’s future, I’m reminded that although letting go can be scary, what better place than to let go of our children into the plans of a Heavenly Father who loves her even more than I do.

In Proverbs 22:6, parents are encouraged to “Train up a child in the way he should go; even when he is old he will not depart from it.” ESV

Parenting is kingdom work. We raise our children, not to keep them close and for our purposes, but to release them into the world to accomplish all the things God has for them.

When my grown-up child comes to me and tells me all the plans God has laid on her heart, may I have the courage to say, “Yes, go. Go wherever God leads.”

Want to learn more about KOM and what is at the heart of this online language program? Read more here: Our Story.

See fall schedules & pricing, and sign up for classes here.

PrevKOM Summer Camp 2022: All the details!
How To Celebrate Three Kings DayNext

Our Story
Our Teachers